Destined to Be Together

By Maxine Troxell On January 30, 2017 · Add Comment · In Featured Articles 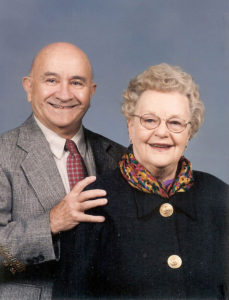 Earl A. Rice, Jr. and Mary (Gene) Eugenia (Matthews) Rice were meant to be together. Some of the family members joke that their marriage was an arranged one. Earl and Gene first met in the backyard of the old Rouzer home in Thurmont, from which, the wall paper, now in the Diplomatic Reception Room of the White House, came.  Their mothers—Jessie (Rouzer) Matthews and Helen (Creager) Rice—grew up as next-door neighbors, and were visiting their childhood homes with their first born on the same weekend, sometime in 1924—when someone snapped the above picture. It must have been love at first sight, because they grew up separated by a mountain range and thirty-five miles. They would see each other on occasion during these kinds of weekend visits and dated during their teens and early twenties. They mostly double-dated—the only way Jessie found acceptable—and have many fond memories of those times. Earl sometimes got to borrow his mother’s Lincoln Zephyr, so they got to date in style. Mostly, he came in the Model A that he and his lifelong friend, Henry Steiger, owned together.

After their courtship, they were engaged, and Earl was off to fight in WWII, training to be a bombardier on the B-29, the most advanced warplane of its time. Gene had earlier graduated from St. Joseph’s College, with a major in home economics and a minor in physics. Her first and only teaching job was at Emmitsburg High School, teaching physics. One of the classes she taught was engine basics.

Not being able to stand the idea of being separated, Earl and Gene decided to marry in California, where Earl was training at Victorville Army Air Base. Gene quit her job and got ready to travel west. Francis Matthews brought his daughter by train on the 2,500 mile trip to bring these two together for their seventy-plus year journey. In keeping with the good customs and scarcities at the time of war, Earl shared a room with Francis the night before the wedding, which he often jokingly asks, “How many men have done that?”  They were married in San Bernardino, California, on February 24, 1945. Francis, after giving away his and Jessie’s most precious daughter, travelled alone back to Emmitsburg. 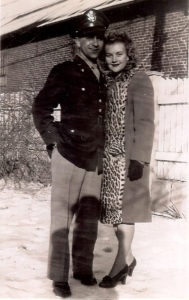 Earl and Gene lived for a time in California, then onto various assignments, including Pecos, Texas, where these East Coast kids had to contend with such things as spiders and West Texas dust storms.   Earl and his crew had to travel separately on a troop train, while the wives followed with one of his fellow officer’s mother as a chaperone, another sign of a different time. Gene made some lifelong friends, with many of the wives demonstrating the love that has endeared her to all those around her.  Only a short time after their marriage, Earl and his crew were assigned to their B-29 in the South Pacific Island of Tinian. They had to travel on a troop ship to meet up with their aircraft.  Gene headed back home.

At the war’s end, they settled outside Mercersburg, Pennsylvania, where Earl worked at his family’s goldfish farm. In 1952, he decided to take his dedicated wife and two boys, Earl A. Rice III (Gus) and Robert “Scott” Rice, to Emmitsburg to work for Gene’s father, Francis, whose business was struggling at the time. In 1954, they were blessed with a daughter, Mary Ann Rice Clever. Earl’s efforts helped to save the business, for which Francis was always grateful. They have lived in Emmitsburg for the rest of their marriage.

Their time in Emmitsburg during the 50s, 60s, and 70s were dedicated to raising their children, instilling great values in them, and to running a business. As is the case for many marriages, theirs sometimes took work. These efforts were done with their sense of humor and knowing each other to the core. As an example, one time, when the family wanted to do something that Earl wasn’t supporting, Gene said, “Wait until it’s your father’s idea.” She was right.

Their years together blessed them with three children, nine grandchildren, and five great-grandchildren. Those of us who have known them are likewise truly blessed. 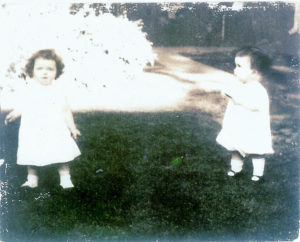 Earl A. Rice, Jr. and Mary (Gene) Eugenia (Matthews) Rice first met in the backyard of the old Rouzer home in Thurmont…destiny bringing them together.