The Creeger House Is Haunted Fires on the Mountain 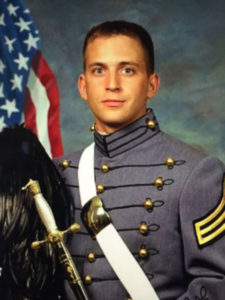 On October 29, 2016, the bridge spanning U.S. 15 on Maryland Route 140 in Emmitsburg was proudly dedicated to the memory of U.S. Army 1st Lieutenant Robert Seidel III.

Seidel, along with three others, lost their lives on May 18, 2006, when their Humvee hit an IED during combat operations in Iraq. Seidel was an Emmitsburg native, who loved his home town. At an early age, he knew he wanted to become a soldier. After graduating from Catoctin High School in 2000, he attended West Point, graduating with the Class of 2004. While serving our country, Seidel earned many awards and decorations, including the Purple Heart, Bronze Star Medal, Army Achievement Medal, National Defense Service Medal, Army Service Ribbon, Combat Infantryman Badge, Iraq Campaign Medal, and War on Terrorism Service Medal, Army Overseas Service Ribbon, Ranger Tab, and the Parachutist Badge.

Signs located on each side of the bridge designate Seidel’s name and rank. One was uncovered (pictured right) during the ceremony that was attended by many special guests, elected officials, veteran motorcycle club members, and military comrades. Local musician, Jimmy Rickerd, played the National Anthem. The American Flag, provided by Vigilant Hose Company #6, flew high over the ceremony.

Touching remarks were shared by Seidel’s mother, Sandy Seidel; his cousin, Sgt. Emily Seidel; and his West Point classmate, Dave Strickler, among others.

Seidel’s West Point graduating Class of 2004 had more soldiers killed than any other class at the academy. In honor of those brave soldiers, the Class of 2004 wrote a book titled, The Strong Gray Line. Also, a charity fund has been established in Seidel’s memory. The 1LT Rob Seidel Wounded Soldiers Fund is held at the Community Foundation of Frederick County.

Seidel loved his hometown of Emmitsburg. He chose to be buried there. Now, we can all acknowledge his sacrifice, and remember the sacrifice and service of others, every time we cross the bridge in Emmitsburg. 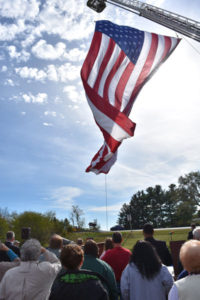 Photo by Deb Spalding, portrait is a courtesy photo