A dinner dance was held at the Thurmont American Legion. The seventy-first class to graduate Thurmont High School was comprised of one hundred seventeen students, of which twenty-nine are deceased.

Two teachers were in attendance: Paul Nolan of Thurmont and John Zink of Boonsboro. 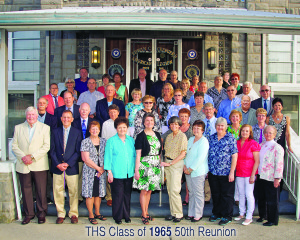