Free PowerPoint Presentation: “From Shangri-La To Camp David: A History of the Presidential Retreat” 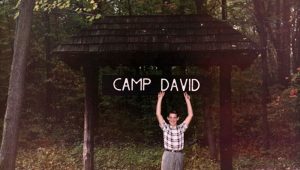 On Friday evening, May 26, 2017, the Myersville-Wolfsville Area Historical Society will sponsor a free PowerPoint presentation, exploring the rich history of the presidential retreat at Camp David.

The program is open to the public and will be followed by a social hour with refreshments. There is no charge.

Since 1942, the Catoctin Mountains have provided presidents of the United States with a respite from the pressures and stresses of Washington, D.C.

Established during the presidency of Franklin D. Roosevelt, the “camp” was originally reached via a two-hour drive from Washington, through Frederick and Thurmont. Today, it is minutes away from the White House via helicopter.

This presentation will trace the fascinating 75-year history of Camp David, detailing the day-to-day activities of its occupants and the momentous decisions and events that have taken place there. In addition to anecdotes about the chief executives and their families, highlights include FDR’s wartime deliberations with Winston Churchill, Eisenhower’s talks with Soviet leader Nikita Khrushchev, Nixon’s intense days at Camp David during the Watergate crisis, and Carter’s successful efforts to piece together the Camp David Accords with Anwar Sadat and Menachim Begin.

The presentation will be held at 7:30 p.m. at the Myersville Fire Hall, located at 301 Main Street in Myersville.