Christmas 2022: Give a Horse “The Gift of Life” “A Home to End All Homelessness” 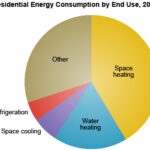 By TheCatoctinBanner.com On December 1, 2022 · Add Comment · In Featured Articles

A universe of misinformation swirls around us regarding alleged measures that homeowners and renters can take in order to conserve energy or reduce energy costs, and yet, individuals don’t generally have the time to sort out the reality from the fiction.

Leading most lists is the belief that fans, including ceiling fans, cool rooms. Yet, in fact, according to experts, they do not. Fans move air around, but they do not cool the air. According to Think Energy (mythinkenergy.com), air flow generated by fans may make individuals in a room feel cooler, but fans do not affect the room temperature. Further, Think Energy reports, “Leaving a fan on when you leave your home is simply wasting energy, while the room temperature is not cooling off at all.”

Does turning off appliances when not in use, and turning them on when needed, help in reducing energy use? Not necessarily, because some electronics, such as computers, televisions, gaming systems, lamps and lighting fixtures, phone chargers, and small kitchen appliances can continue to expend energy even in the off mode (and, thus, are sometimes referred to as “energy vampires” or “phantom energy”). According to the U.S. Department of Energy, unplugging the aforementioned items can reduce home energy use by up to ten percent monthly.

Another common myth is turning up the air-conditioner or furnace higher in the hopes of cooling or heating the home more quickly. That actually doesn’t work, because no matter how much higher or lower you set the system, air conditioners and furnaces cool or heat at a constant rate at the moment they are turned on. Saveonenergy.com recommends setting the air conditioner or furnace at a rate that one would feel comfortable, instead of trying to force it to get to the desired temperature faster.  Saveonenergy.com also recommends setting the air conditioner at 78 degrees during the summer and 68 degrees in the winter for maximum energy savings.

In a related issue, another myth suggests closing the heating/cooling vents in rooms that are not being used in order to reduce energy use. Saveonenergy.com reports that this practice not only doesn’t reduce energy use but could simply increase the amount of heat or cooling being lost through leakage in the duct system, “Furthermore,”  Saveonenergy.com states, “closing your vents may cause additional pressure on your system, causing it to work harder, wear out faster, and consume more energy in the long term.”

Bonkers.ie offers a number of tips on saving energy in the kitchen, including minimizing the amount of time the refrigerator door is kept open, or opened and closed repeatedly, noting that “it takes 45 minutes for your fridge to reset to its original temperature for every 10-20 seconds its door is left open.”  Furthermore, the website states that overpacked freezers will require the refrigerators to expend more energy by trying to maintain a freezing temperature.

And with the advent of the holidays, more energy-saving opportunities present themselves to be considered, courtesy of touchstoneenergy.com: (1) Use LED holiday lights (LED lights are brighter, last longer, and use less electricity than the traditional, incandescent lights; (2) Use timers to control when the celebratory-illuminated displays are to be lighted or turned off; (3) Bake multiple batches of goodies at one time, rather than at different times; and (4) Turn the thermostat down when company and guests are present (“Those extra bodies mean free heat!” –touchstoneenergy.com).