By TheCatoctinBanner.com On September 30, 2015 · Add Comment · In Business News

On September 25, 2015, the Town of Emmitsburg celebrated the completion of the state-of-the-art wastewater plant and solar field. Members of the community, county officials, and project engineers joined together to cut the ribbon on the lengthy project. 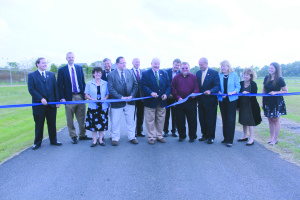