Looking Back: Mystery of the Major League Pitcher Who Disappeared from Emmitsburg Solved

Author’s Note: The following is an article I wrote ten years ago for The Dispatch newspapers. I’ve reprinted it with a few tweaks and added an update at the end. When I originally wrote this, no one knew what had happened to Tolbert Dalton. I wish I could take credit for solving this mystery, but it was the work of members of the Society for American Baseball Research. I wanted to bring closure to what was a sixty-four-year-old mystery.

Many a young boy picks up a bat, walks to the plate, and dreams of slugging his way into immortality. Tolbert “Percy” Dalton was such a boy, and he did manage to find his own type of immortality. Not because he is forever remembered as one of baseball’s greats, but because he is one of the few Major League players whose death date was unknown for sixty-four years.

Dalton was also a lay preacher for the Columbia Primitive Baptist Church in Burtonsville, Maryland.

“The church he was an elder in, to my knowledge, had other smaller worship locations in the state of Maryland. As an elder, we understand that he would make occasional appearances at Sunday services at the main church. He would speak to certain topics relevant to the beliefs the church had. He would also baptize new members,” said Richard Bozzone with the Society for American Baseball Research (SABR). Bozzone has been researching Dalton to try and find where and when he died.

On August 1, 1948, two deacons from the church visited Dalton’s Emmitsburg home. Dalton had failed to show up for a church meeting on July 4.

Dalton had only lived in Emmitsburg for a year, having moved there from the Catonsville, Maryland, area to become editor of the Emmitsburg Chronicle, when it restarted publication after a five-year hiatus during World War II. He and his wife lived with his wife’s daughter and son-in-law, Lois and George Heller.

The two deacons couldn’t find Dalton. No one in his family knew what had happened to him.

Dalton, who went by the name of Jack during his baseball career, played four seasons of professional baseball. He was an outfielder, who started in the minor leagues in Des Moines, where he batted .208 in 1910. He was invited mid-year to join the Brooklyn Robins, predecessor to the Dodgers. He slumped and was sent to the minor league team in Newark, New Jersey. He returned to the Robins in 1914, and then played for the Buffalo Blues in 1915 and Detroit Tigers in 1916. His best year was 1914, when he batted .319. The following year, his batting average was .293, with 28 stolen bases. He finished his career in 1916, playing most of the season for San Francisco in the minor leagues and eight games for Detroit.

However, by 1948, at sixty-two years old, his glory days were forgotten. Dalton was living in Emmitsburg with his second wife, Thelma Bradshaw.

Though Dalton was too old to steal bases, he possibly found one thing he could still steal. Ralph Harris, a former member, and editor of the Primitive Baptist Church newspaper, knew two of Dalton’s sisters (now deceased). He asked them what happened to their brother.

“Their response was that he had absconded with the subscription funds for the church paper. Although Cary did not have firsthand knowledge of the theft, the story was confirmed by several of the church leadership when he became editor,” Bozzone said.

Dalton happens to be one of the very few 20th century Major League players for whom death information is not known.

“There are fifteen 20th century players for whom we do not have death details, but Dalton is, by far, the most well-known of the players,” Bozzone said.

Bozzone has been assisted in his search for Dalton by a SABR member, Al Quimby. What has made the task so difficult is that not even the family of Jack Dalton has information on what happened to him.

No missing person report appears to have ever been filed with the Maryland State Police. No articles about his death have ever turned up. He simply vanished.

SABR member Bill Haber of Brooklyn, New York, also worked on the Dalton case. Though now deceased, Haber’s research over twenty years has corrected errors in more than two hundred professional baseball players’ biographies. Haber tracked some of Dalton’s relatives to Emmitsburg in 1978. He was told that Dalton had seemingly fallen off the face of the earth and never made contact with any of his relatives after he left Emmitsburg. He did not even show up for his brother’s funeral in 1954.

Dalton was born July 3, 1885, in Henderson, Tennessee. He had three sisters, Lura, Lena, and Lola, and one brother, Pleasie.

Following Dalton’s baseball career, SABR determined that in 1921 and 1922, he was a salesman living in Baltimore. In 1930, he was residing in Elkridge, Maryland. By 1940, he was living at Catonsville at 2 North Prospect Street. In April 1942, his World War II registration card lists him as a clerk in the Finance Office of the U.S. Army’s Third Corps headquarters in Baltimore. After the war, he became involved with the Primitive Baptist Church and moved to Emmitsburg.

This was all that was known about Dalton for decades, until Quimby came across Dalton’s death certificate in Pittsburgh. The document stated that Dalton died of a heart ailment in Allegheny General Hospital on February 17, 1950. He was sixty-four years old. The certificate was discovered in 2012, when Pennsylvania allowed access to death records before 1961. The Social Security number confirmed that it was the same Tolbert Dalton who had disappeared from Emmitsburg.

What happened during the two years that he was missing and why he left are still unknown. One interesting point from the death certificate is that it stated Dalton was unmarried. This is incorrect. He was still legally married to Thelma Dalton at the time of his death. She died in 1966 in Royersford, Pennsylvania, which is across the state from Pittsburgh.

While there are still unanswered questions about Dalton, at least the mystery of his disappearance has been solved. 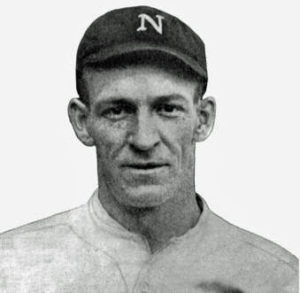