From the Mayor The Candidates for Emmitsburg Commissioner Make Their Pitch 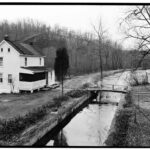 By TheCatoctinBanner.com On August 31, 2021 · Add Comment · In Featured Articles

Three years ago in Ireland, Hagerstown found out it would be hosting the 2021 World Canals Conference (WCC).

However, the world has changed since then.

“Last year’s onset of the pandemic suddenly converted the preparations into a series of Zoom calls,” said Bill Holdsworth, president of the C&O Canal Association. “Leipzig was scheduled to host 2020 WCC in Germany. They had to reschedule to 2022. We hoped that time was on our side for 2021. The COVID surge in December/January created doubts.”

The distribution of the COVID vaccines and the large space in the Maryland Theater in Hagerstown helped things move forward with an in-person conference.

“Unfortunately, travel regulations forced our registrants from Europe to cancel. So, our conference will have an American focus,” Holdsworth said.

The conference will run August 30 to September 2 in Hagerstown and sites on the C&O Canal.

“The event will commemorate the 50th anniversary of creation of the Chesapeake and Ohio Canal National Historical Park. Substantial restoration works have been completed on significant sections of the canal, particularly in Georgetown, Washington, and in Williamsport, Maryland, close to Hagerstown,” said Dan Spedden, president of Visit Hagerstown & Washington County, MD.

“The World Canals Conference provides Visit Hagerstown with the opportunity to present these improvements to an international audience,” Spedden said. “The profile of our destination is greatly elevated by the WCC; we expect to see a rise in visitation for years to come.”

The World Canals Conference is held at a different location with a connection to canals each year. The 2022 conference will be in Leipzig, Germany.