World Premier of Almost Blue Mountain City: The History of Thurmont Film Documentary Held On The Wild Side 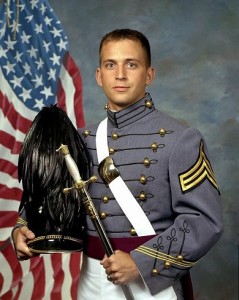 Book to be published by Rowman & Littlefield Publishers. Date of release announced soon.

A Message from Bob Seidel of Emmitsburg

As you probably know, my son 1LT Rob Seidel was a local soldier who was killed in action back in 2006. He was a member of the West Point class of 2004. This class had more soldiers killed than any other class at the academy. In honor of those brave soldiers, the Class of 2004 has decided to write a book titled, The Strong Gray Line. Ten Years at War. There is a separate chapter dedicated to each soldier who died. The excerpt below is part of the chapter dedicated to Rob, written by Dave Strickler, who was a classmate of Rob’s and was deployed with him to Iraq.

The book is complete, and I just received news that Rowman & Littlefield Publishers have agreed to print the book. When the book hits the shelves at the stores, the proceeds from the sale of these books will be donated to the various charities that have been established for each soldier. Rob’s charity is the 1LT Rob Seidel Wounded Soldiers fund held at the Community Foundation of Frederick County.

You can find additional information at the following website: www.facebook.com/grayline2004. We’ll keep you up to date about when and where the book will be sold.

Although I no longer recall the exact date, I can say with absolute certainty that I remember the day I met Rob Seidel. During the first summer at West Point (often referred to as Beast Barracks) there is a brief respite for New Cadets halfway through the three months of Cadet Basic Training. This roughly eight hour break, which one might mistakenly believe is a nice gesture to New Cadets, actually exists because it is logistically easier for the upperclassmen who are moving into and out of the barracks.  Nonetheless, it is a terrific (albeit brief) escape for New Cadets who are experiencing what is likely the worst summer of their lives (until they graduate and deploy to Southwest Asia). Rob and I met during this break, at the house of Major Jeff Logan, who would eventually become our sponsor for our remaining years at West Point.

When I first asked Rob what he thought of our experiences at Cadet Basic Training, I was somewhat surprised when he remarked, through his trademark wry smile, “It sucks, but whatever…” Though I did not realize it at the time, this was classic Rob: brief, honest, dry, and witty. Rob had a rare ability to keep things in perspective, and seemed to have an exceptional tolerance for bullshit and an aptitude for remaining focused while others wandered off the path to become West Point graduates. This is surprising, perhaps, for a young man who was carrying the pride of his entire hometown on his journey and would ultimately hold the distinction of being the first Emmitsburg, Maryland resident to graduate from the United States Military Academy. But not so surprisingly, this tolerance and humility served him well both during his time at West Point, and as an Infantry officer in combat…