GHC’s Chaplain, Reverend James Hamrick, gave the invocation and memorial service. GHC lost two members in 2016: Roy Clabaugh and Frank Shriner. Roy Clabaugh died Monday, January 25, 2016, at the age of ninety-three. He was the loving husband of Gloria Weddle Clabaugh; they were married sixty-eight years. He joined GHC on May 2, 1945. Frank Shriner died on Friday, November 4, 2016, at the age of seventy-one, husband of Alice Shriner for nearly fifty-three years. He joined GHC on October 7, 1964.

Chief Tom Owens with the Frederick County Division of Fire and Rescue Services said, “This is a company that still does it the old-fashioned way. One hundred percent volunteer, they work hard for the community and have great support by the community. This is the formula it takes to be successful.”

GHC’s Chief Chris Kinnaird gave the 2016 Chief’s Report, reviewing that the company had a busy year, with 551 alarms. Fire loss was pretty low, considering that there were four fires. GHC saw an increase in vehicle entrapment, vehicle fatalities, and high-angle mountain rescues in 2016. At the end of the year, weather played a role in two mountain fires that consumed 21 acres in a two-day period. The GHC is raising funds to replace engine tanker 104 with a $650,000 tanker.

Chief Kinnaird extended praise to the company’s volunteers. Kinnaird expressed that he knows the impact the company has on the community. He receives compliments often, and said, “Everyone should be proud of that; I know I am.”

Chief Kinnaird closed out his report by talking about the historic Hoke Furniture Fire on October 18, 1986. In doing some research on that fire, he found a letter from Lloyd Hoke to then GHC Chief Mackley, dated December 1986, in which the company was commended. Chief Mackley made reference in other logs about making sure all of the fire equipment was put away after the fire before going out to get pizza. Chief Kinnaird said that things were totally different thirty years ago in how fires were fought, and that manpower (the number of volunteer firefighters) was four times greater. There were sometimes thirty-nine or forty volunteers going out on a call.

President Wayne Stackhouse followed Chief Kinnaird and recalled “rackin’ them and packin’ them,” referencing the great number of volunteer firefighters who rode on the firetrucks to a call.

President Stackhouse expressed special thanks to neighboring fire departments; the Town of Thurmont staff members for their timely support; Wachter Enterprises for ongoing support; Terry Frushour for spearheading the golf tournament, scholarship, and sponsorship letters; Mike Duble for maintenance on vehicles and fleet support; administrative officers for keeping him going; Chief Kinnaird and his operating officers for all they do; Tisha Miller for taking on the detailed and time-consuming job of LOSAP Chairman; the activities committee for helping not only the fire company, but for executing their own fundraising activities; and Chad Brown for setting up GHC’s website.

Stackhouse recognized Russell Schantz for serving as the GHC treasurer for the past twenty-eight years. Schantz has decided to step down. Being a multi-million dollar organization, the job of treasurer is a large responsibility. Schantz was presented with a plaque in recognition of his excellence in performing the office of treasurer.

For more information about The Guardian Hose Company, visit their website at www.guardianhose.org. 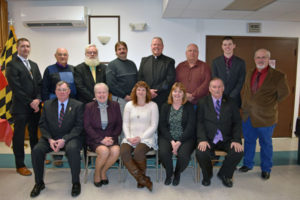 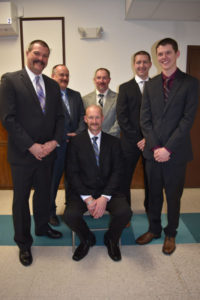