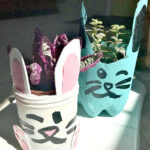 A freak storm hit Frederick County and Adams County in Pennsylvania on June 18, 1996, and stalled over the region as it dumped rain. When the storm ended on June 19, it had dropped 11 inches of rain in Northern Frederick County.

“A series of storms, like boxcars, followed the same line, dumping all their rain on the same spot,” the Gettysburg Times reported.

Rivers and creeks overran their banks. Water covered bridges and flooded into basements. The Frederick Post reported that residents near the Monocacy bridge at Bridgeport “woke to find their homes in the middle of an ocean.”

Farmers lost crops that were inundated in water and mud. Even some livestock in fields were floated away, often being found in neighboring farms, if found at all.

Police, fire, and ambulance units spent a busy day responding to calls. Both of Emmitsburg’s ambulances were disabled in the flooding, and one was missing for a while because the radio shorted out in the water, and the crew was unable to communicate.

The Monocacy River reached a high-water mark of 24.45 feet, a record.

“In our nomenclature, it’s much greater than a 100-year flood,” USGS hydrologist, Bob James, said in an interview.

A Maryland State Police helicopter had to rescue one man stranded on top of his car at Flat Run. Four young women ran into a similar problem when their car stalled trying to cross over Owens Creek at Annandale Road. The helicopter was unable to reach them because of tree cover, so an air boat was sent to them. The water was 28 to 36 inches deep on the road. One firefighter was swept away during a rescue and had to be rescued himself.

At least 47 basements reported flooding in Emmitsburg. Some had water as deep as five feet. Emmit Gardens, the lowest point in town, had to be evacuated.

“This place was like a little island to itself,” Art Damuth told the Gettysburg Times.

Four people died in the flood, but only one from the north county area.

The Red Cross set up at Mount St. Mary’s to provide food and shelter to displaced families.

As the water receded, people assessed the damage to their homes. The Town of Emmitsburg estimated that $100,000 to $200,000 damage had been done to municipal properties. Although the amount of damage didn’t reach a threshold for federal aid, the north county death apparently was enough for Congress to waive the threshold and offer aid to the north county area.

In the aftermath of the flood, officials from Emmitsburg and Frederick County looked at ways to mitigate future flood damage, such as dams or dredging Flat Run. In the end, the most cost effective option that helped the most people was to flood proof 20 homes in Emmitsburg by elevating the homes and building walls around them. The Frederick News reported it “is among the first and largest flood-control proposals advanced in western Maryland after three severe floods in the mountainous region this year.”

The plan also included the regular clearing of brush, fallen trees, and debris from Flat Run. The estimated cost for this plan was estimated to be around $100,000.

“Moving people out of their homes or building a dam are both impractical. This is a good plan,” Emmitsburg Mayor William Carr told the newspaper.

Set the mood for a spring tea party with this planter! You can find many floral or patterned teacups in thrift stores. This craft is, in essence, a mini-fairy garden, but with Easter-themed sentinels.

Easter/Spring themed figurines, such as a rabbit, gnome, or a bird

Directions: Coat the bottom of the cup with gravel, then insert the plant. Next, coat the surface with enough gravel to cover the roots, allowing at least an inch of space from the gravel to the lip of the cup. Finally, place your garden figurine on top of the gravel however you wish, as well as any additional decorations you prefer. If using a grass-like plant or a plant with many leaves, consider hiding the figure within for a more playful aesthetic.

Any plant (I recommend daffodils or paperwhites)

Directions: First, paint the exterior of the container white. Let dry. Meanwhile, cut ear shapes out of white foam and slightly smaller ear shapes with pink foam. Hot glue pink foam over the tops of the white foam. Next, create the hands and feet: cut out two white oval shapes for feet, then cut out one medium-sized pink oval and three small pink circles per foot for the paw pads. Once cut, glue the pink paw pads to the two-foot shapes. Glue the ear piece on the back of the container when dried, with the pink side facing the open mouth of the container. Next, glue the feet to the base of the can, facing you. Cut out a small white oval shape as a nose, and glue in the middle of the can, facing you. Glue eyes on top of the nose, then draw a nose on the white foam and a mouth under the nose with a sharpie. Next, pot your flower of choice: line the bottom of the container with medium-sized rocks, layer with dirt, place the plant over top, then cover roots with dirt. Your rabbit craft is complete!

Any plant (I recommend kalanchoes, button poms, and statice)

Directions: Sketch the outline of a rabbit’s head, including ears, on one side of the bottle, leaving the bottom three inches of the bottle free. Carefully cut the bottle around the lines drawn and cut the circumference of the bottom half of the bottle, creating two pieces: the head of the bunny (including the ears), and the planter portion of the planter, the bottom portion of the bottle. Next, paint the entire exterior of the cut-out bottle with teal or pink paint. Let dry. Sketch out the rabbit’s face, including ovals for the ears, eyes, whiskers, heart-shaped nose, and mouth. Paint the inner ears and nose pink, white or teal, or any color that contrasts with the overall color of the rabbit. Draw on whiskers, nose (when dried), and eyes with a sharpie. Let dry, then plant selected flora. Your hoppy planter is ready to celebrate the holiday!

I hope you enjoy making these crafts! Even if your house is already chock-full of Easter decorations, these planters can make great gifts for loved ones who lack Easter cheer. Who knows? Maybe your rabbit sentinels in your teacup planter will do so well at hiding an Easter egg that your egg will stay hidden until next year when candy has expired, but the festivities continue with your thriving plant. In any case, I hope you have fun with these crafts, dear reader. Have a happy Easter!

Want more photos of this article’s crafts? Look for the crazyplantladybanner profile on Instagram.

Finally, come show Catoctin High school some support by coming to see a show! This year’s theater production, State Fair, is accompanied by a miniature carnival. Bring the whole family for a grand night of fun, amusement, and singing! Performances will be held on April 8 and April 9. Can’t wait to see you there!