Sam Tressler invited me to his home near Emmitsburg, recently, to share his collection of antique salesman’s samples. Tressler, an antique dealer who offers informal appraisals, exhibited several of these beautiful samples at a community event that I attended over a year ago. It was a thrill to finally see all of his collection, which amounts to a small museum of rare treasures!  Pictured are four of his favorites.

Tressler’s pride and joy is this one-of-a-kind hand-painted sled, made of maple and ash woods with brass fittings and steel runners. The detailed motif is of a hunting dog with a dove in its mouth. This sample measures 9 ½ inches by 3 ¾ inches, and is so rare it is featured in the authoritative resource, Great Sleds and Wagons by Joan Palicia. The manufacturer of this sled sample was America’s most prolific sled maker and first opened in 1861 in Paris, Maine. Children’s sleds to full-size sleds and wagons were produced, and, before the turn of the century, branch stores sprang up in several major cities. Tressler purchased this treasure from an antique dealer near Lancaster, Pennsylvania.  In today’s market, he values it between $6,500 and $11,000.

Tressler’s collection began thirty-one years ago, with a tiny sled purchased at an antique store in Frederick for a mere $67.00. There were many sled samples in his showcase, including Flexible, Champion, and Fleetwing brands.  Two salesman’s samples were of “summer sleds,” which have wheels. Their full-size counterparts were made between the 1880s and 1920s.

The bright orange Bendex Racer tin sign was purchased at auction and is the only one in existence.  Tressler said he has yet to find an actual Bendex sled.

A curious and exceedingly rare piece is “The Sherman Cutter,” or feed grinder, that Tressler found on a popular online auction site. It was misidentified as a “tobacco cutter” and needed some TLC, so he acquired it at quite a bargain. Tressler cleaned and shined the large piece to reveal brass, iron, and American black walnut in excellent condition. Although not a patent model, an inscribed plate reads “March 24, 1885.” This salesman’s sample runs smoothly. Measuring 21 inches wide and 14 inches high, the mini served as a demo for the larger product, where corn stalks, hay, or straw could be ground into fodder or feed. Tressler values this exceptional feed grinder sample at $1,500 to $6,000.

The last rare salesman sample dates to 1890, and Tressler knows of only one other, which brought $4,600 when it was sold to an auction company in Indiana. Made of cast iron and steel, the 7-inch-high sausage stuffer was made by the National Specialties Co. of Philadelphia. The full-sized product would have been manufactured for farm use only and was obsolete by the 1930s, when electric models became common. Tressler bought this treasure at an antique show in Kutztown, Pennsylvania. He said to expect this sample to fetch anywhere from $1,600 to $5,000.

If you have an interesting collection of antique items that you wish to share with our readers, or would like me to research an item to determine whether it’s a “trinket or treasure,” please e-mail me at tomandlisa@wildblue.net

Thanks again to Sam Tressler for sharing his rare and beautiful collection of saleman’s samples! 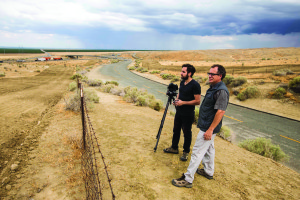