Currently viewing the tag: "National Shrine Grotto of Our Lady of Lourdes" 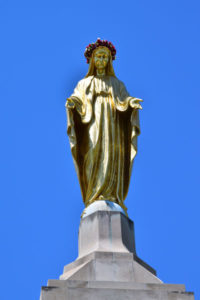