By TheCatoctinBanner.com On August 31, 2021 · Add Comment · In Community News

The Livestock Show will be held at 9:00 a.m., with awards presentation at 6:30 p.m. and the livestock sale beginning at 7:00 p.m. Please come out to the livestock show and sale and support our 4-H and FFA youth exhibitors.

On Sunday, September 12, the Dairy Goat & Dairy Cattle show will begin at 9:00 a.m., and the Decorated Animal Contest will be held at noon.

The Log-Sawing Contest will also be held on Sunday, September 12, at 1:00 p.m., which will have women’s, men’s, and children’s divisions. There will be various food vendors available to purchase food on Saturday and Sunday.

Next year’s Thurmont & Emmitsburg Community Show will be held on Friday, Saturday, and Sunday, September 9-11, 2022. Exhibits can include any item that has been made since the 2019 Community Show, except for baked products and any perishable items.

By TheCatoctinBanner.com On September 26, 2018 · Add Comment · In Featured Articles 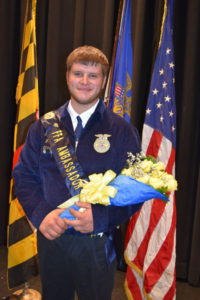 For 62 years, the Thurmont and Emmitsburg Community Show has been highlighting the role of agriculture in northern Frederick County and spotlighting the talents of area residents. This year’s show was held at Catoctin High School on September 7-9. More than $13,000 in prizes were awarded to the hundreds of exhibitors.

On one end of the school, area residents spread out artwork, agricultural items and baked foods in the large gym. On the opposite end of the school, other students groomed animals preparing to show them. In between these two points, businesses and local civic organizations displayed their services and purposes.

The show is sponsored by the Thurmont Grange, Catoctin High’s FFA Chapter, Catoctin Area FFA Alumni, the Maryland Agricultural Fair Board, and the Maryland State Grange. It comes together each year through the efforts of hundreds of volunteers.

The show opened with its traditional flag ceremony highlighting all of northern Frederick County’s civic and public service organizations. The evening honored the 50th anniversary of the opening of Catoctin High School.

Catoctin High’s current Principal Bernie Quesada and all of Catoctin’s former principals — with some of them in attendance — were recognized for their contribution to the Catoctin community. “They’ve all had distinguished careers and made a difference in thousands of lives of young people,” Quesada said.

Catoctin High was born in turmoil but has since become a binding force for northern Frederick County. It is due, in part, to the efforts of these men and women who led the school and fostered its growth with the community.

Dr. Harper Long, Catoctin’s first principal who currently resides in Iowa, wrote an e-mail to Principal Bernie Quesada, saying, “One of Mr. Goodrich’s and my highest priorities that first year was to bring together the communities of Emmitsburg and Thurmont. The Board of Education’s site selection for the new school did not sit well with either community. Both towns wanted the new school to be nearer their town. Since we could do nothing to alter the physical position of the school building, we tried to bring the two communities together. We all worked to develop respect for each others’ needs.” It is a mission that all of these principals have worked at accomplishing.

During the opening ceremony, Catoctin High student Robert Hahn was chosen as the school’s FFA ambassador for the coming year.

National Grange Master Betsy Huber congratulated the community on putting together the show each year. She said, “Grangers everywhere are involved in fairs and shows like this one because we’re all doers.”

After the opening ceremony on Friday evening, the Community Show’s events continued through the weekend and featured a baked goods auction, a livestock auction, a petting zoo, music, pony rides, a pet show, a horseshoe pitching contest, log sawing contest and much more.

The Thurmont and Emmitsburg Community Show is the largest in the State of Maryland. It is exemplary. The strength of the show and the strength of agriculture in northern Frederick County stands on the shoulders of the volunteers who proudly teach and carry that heritage forward from generation to generation. 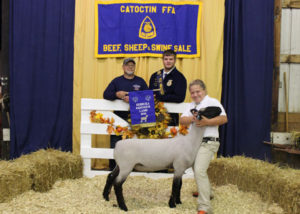 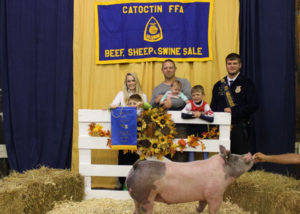 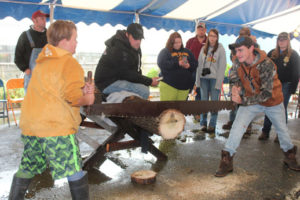 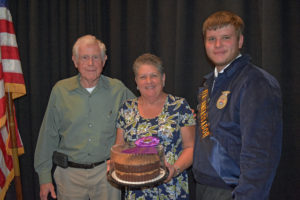 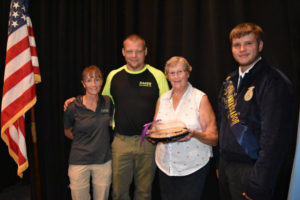 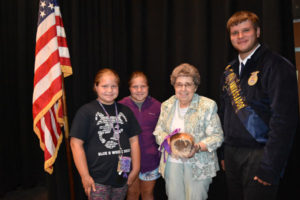 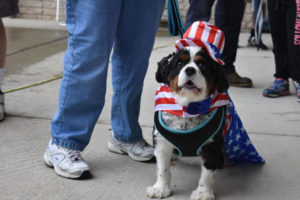 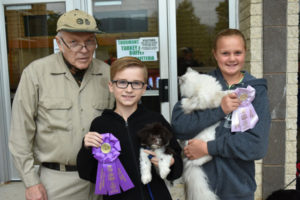 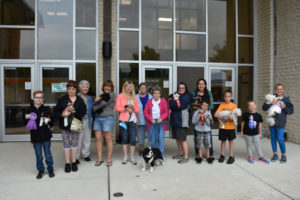 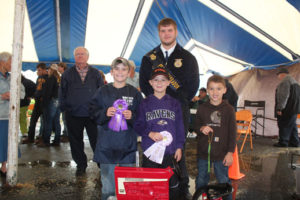 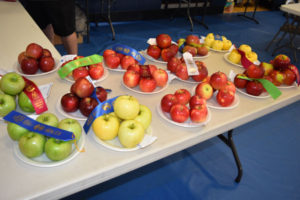 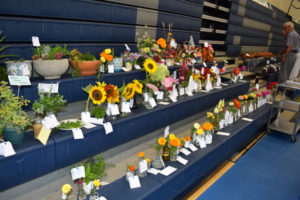 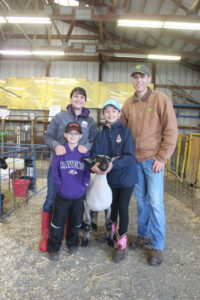 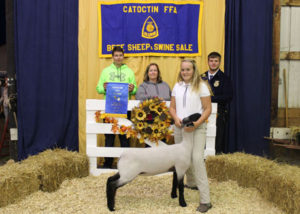 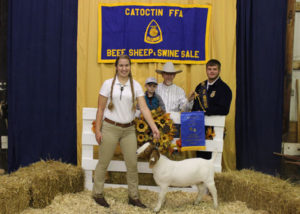 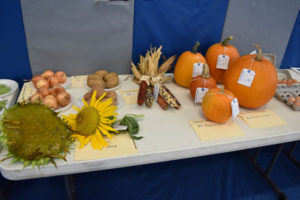 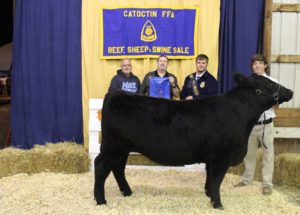 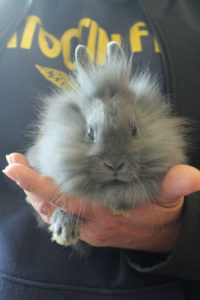 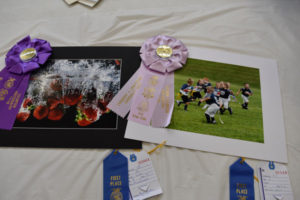 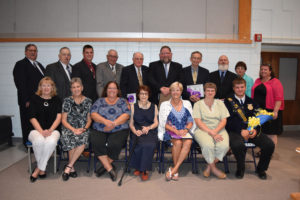