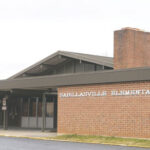 By TheCatoctinBanner.com On December 29, 2020 · Add Comment · In School News

The Frederick County Board of Education voted to close Sabillasville Elementary School at the end of the 2020-21 school year. The vote was 5-1, with member Rae Gallagher the only opposing vote.

However, the Sabillasville community holds onto hope that the board will approve a charter school for the building. A group of Sabillasville citizens has submitted a concept proposal to Frederick County Public Schools (FCPS) for review and planned on submitting a full application by the end of December.

“We want to offer a classical curriculum similar to what the Frederick Classical Charter School offers, with a focus on the environment,” said Alisha Yocum, president of the Sabillasville Elementary Parent Teacher Association. “Given where we are located, we want to reconnect students with nature and agriculture.”

The curriculum, as Yocum explains it, would be based around history, and all the classes will gear their lessons to what history is being taught at the time. The school would also teach the Singapore Math program.

Yocum said that parents of current students in Sabillasville Elementary are overwhelmingly supportive of the idea.

“We want the building to remain a school and serve the community,” Yocum said. “It’s the heart of our community.”

The citizens group has been working hard to pull everything together that is needed to get approval for the school and get it up and running without having an interruption in the students’ education between this year and the next.

The board of education vote hampers that. The Sabillasville parents had wanted the board to show their support by following a part of the state law that allows a public school to be converted to a charter school. This would have simplified the charter process and guaranteed current Sabillasville students a seat in the new charter school.

Superintendent Theresa Alban said she had contacted the Baltimore City school system where schools had been converted, and her belief was that it wouldn’t work for Sabillasville. She said for a charter school to be accepted in Sabillasville, the proposal would have to show that space was available in the town, and the only way to do that was to close the school. However, this also means that the Maryland State Department of Education will have to grant a waiver for current Sabillasville students to be given priority in a new charter.

The group has retained a lawyer to appeal the board’s decision and have a conversion charter school considered. You can donate to the group’s legal fund by mailing a check to: Sabillasville Elementary PTO, 16210B Sabillasville Rd., Sabillasville, MD 21780. You can also donate on the group’s GoFundMe page posted on its Facebook page.

The 56-year-old school has been in the crosshairs for closure for years. Board member Brad Young said it was one of the first topics discussed when he was elected in 2010.

The most-recent discussions about closing the school started in early 2020 when enrollment numbers showed the school had only 70 students. The board’s projections show that shrinking will continue, and in ten years, the school would have only 53 students. This affects how many teachers can be assigned to the school, which has led to some combining of grade levels. The cost of maintaining the aging facility was also cited as a concern. According to the FCPS, it has the third-highest maintenance costs of any school in the system.

Strong community support during that time caused the board to delay its decision as other alternatives were investigated.

The board was supposed to hear an update on the application at its November meeting. However, Alban decided this would create a conflict of interest since the board would also have to make the decision on whether to approve the charter.

“In no way do we wish to deter their efforts, and we would certainly welcome any movement that they want to make towards possibly submitting an application for a charter school,” Alban said.

Of the 143 parents surveyed, 83 percent said they wouldn’t send their children to Sabillasville. Most parents had transportation concerns, particularly the length of time their children would have to ride the bus to and from school.

During the meeting, it was pointed out that the board hadn’t received any public comment about closing the school. This is because parents had been told there wouldn’t be a vote.

“We were not informed they would be making a final vote on November 23,” Yocum said. “I think the community should have been informed. We would have been there.”

Thurmont Commissioner Marty Burns agrees. During a recent Thurmont town meeting, he said the reason the parents were told there wouldn’t be a vote was because the board knew the Sabillasville community would show up in opposition.

“They didn’t want the opposition,” he said. “They took a quick vote outside the public eye. I bet if it was Urbana, [the board] wouldn’t have even thought about doing that.”

He and some of the other commissioners called it a rushed decision since the new board of education members were sworn in just two weeks later.

Thurmont Commissioner Bill Buehrer said during a town meeting that he wasn’t surprised at the decision and that it was based on politics, not education.

“I feel sorry for the families in Sabillasville,” he said. “You got hoodwinked. You know it, and the public knows it. Not a damn thing you can do about it because they already voted on it.”

Young said FCPS will need to determine whether it has another use for the building. If not, which is expected to be the case, the property is turned back over to the county. The county would then offer the property for sale or lease. This is the point where the new charter school will have to act to secure the property, and it could find itself competing with another business for the property.

Buehrer said that if the community’s charter school application fails, Sabillasville Elementary students will be “embraced” in Thurmont.

“We’ll do whatever we can to help your kids get a good education,” he said.