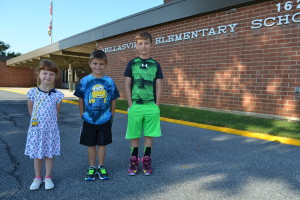 “Quality education,” “a comfortable learning environment,” and “friendly atmosphere” are some of the descriptions former students have used to reference the education they received at Sabillasville Elementary School (SES). Current student, Lillian Coles of Foxville, who experienced her first day of kindergarten at SES on August 24, said, “It’s fun and I like to paint.” Although she had just arrived at school and hadn’t yet had the opportunity to paint, she was definitely having fun.

SES is a single-level school that sits amongst a beautiful mountain setting in Sabillasville. When construction on the school was completed in 1965, Frederick News-Post writer, Richard Shafer, reported, “Residents of Sabillasville won their fight with local officials to get funds approved for a new elementary school, and they are happy about it. The struggle to get plans and appropriation okayed has taken at least ten years, said one Sabillasville resident. Foxville residents are happy about the new school. Their children had attended the new Wolfsville school, but traveled by bus over a dangerous mountain road.

Rev. Claude Corl, St. John’s Reformed Church, thinks area residents will be satisfied with the eight-room school. The new school will enroll an estimated 200 students and will relieve crowded conditions at Thurmont.”

In the coming months, generations of students who have attended the school since its opening will share memories and reconnect in celebration of the school’s 50th anniversary. SES’s Principal, Kate Kreitz, said, “I’m very excited for this wonderful celebration, where we will pay tribute to fifty years of quality education of several generations of students from the Sabillasville-area community.”

Fourth grader Garret Worth’s dad, Jason, attended SES, and Garret’s grandmother, Faye Worth, is a volunteer there. Garret said, “I like having a fun teacher (he has Mrs. Mortensen this year), playing with all the kids and stuff.”

Mason Newcomer, in third grade this year, said, “I like the teachers, learning new things, and meeting all my friends.” His mother, Barb Messner, also attended the school and serves on the Parent Teacher Organization (PTO).

Another PTO volunteer, Angie Hahn, said that her husband, Gus, and his siblings attended SES. Their two children, Nathanael and Elizabeth, currently attend the school. Jen Mullenex is the current president of the PTO.

Tradition has always been important for staff and students at the school. Many students may recall a single sapling of pine that was given to each student on Arbor Day, others remember the hand-made Christmas ornaments that are still hung on some student’s Christmas Trees each year. Some of these, and other traditions (including the paddle that hung on the principal’s wall), have been removed as our world has changed politically and spiritually.

The school’s custodian, Jody Miller, holds the honor of assuming the position that his late father, Jack Miller, held for over thirty years. Jody’s brother, Rick, also worked in the position, and Jody has been at SES for fifteen of his twenty years with FCPS. Jody said, “There have been three Millers in the fifty-year history of the school. It’s my honor to continue the legacy that my father started.” Some may remember the maze Jack Miller made out of boxes during the school’s Fall Bazaar. Boy was that fun!

For a long time, SES had staff cooks in the kitchen. Locals Millie Eyler and Imogene Smith served savory meals for students every school day. Students who experienced their cooking still yearn for a favorite dish. Frederick County Public Schools (FCPS) switched to centralized meal distribution years ago. Since then, the meals have been prepared in Frederick and trucked to schools throughout the county.

Despite the replacement of Millie’s and Imogene’s personal touch at lunch, the underlying family feel, overlaid with a relaxed kindness, can still be felt. Perhaps the feeling exists because of the school’s location in such a serene place. But for many, their memories of the place where they learned their arithmetic and ABCs are special. In recent years, the school has been on the chopping block to close for FCPS budget cuts. The general consensus of the community is that the school is much too valuable to close. If you stroll through SES on a normal school day, it is evident on the students’ faces that they are happy and comfortable in their classes. They are meeting and exceeding education benchmarks set by the Frederick County Board of Education. Their teachers are effective in nurturing a supportive, family-like learning atmosphere.

History of the Present Sabillasville Elementary School from 1924

by Joan Fry (article is part of her book, Part 2 Plus — The State Sanatorium At Sabillasville From 1908)

Sabillasville Elementary School was the culmination of years of work and hope for residents of the area. Actually, students from two former elementary schools in the area, Sabillasville and Foxville, were served by the new school. Foxville School, built in 1924, was closed in 1961. The 60 students enrolled there were transferred to Wolfsville Elementary School until a suitable facility could be provided for the Sabillasville-Foxville area. The former school building at Sabillasville, erected in 1927 with an addition in 1934, housed 140 students through the close of the 1964-1965 school year. Because of the limitations of the basic building, many services, which have come to be regarded as necessary and desirable, were unavailable to these students.

It was with great enthusiasm, therefore, that residents of the area greeted the announcement that a new school would be built. The school opened in 1965. This school is still serving area students currently despite multiple attempts from Frederick County Public Schools to close the school. Each time, support from residents and students has helped save the school from being closed. 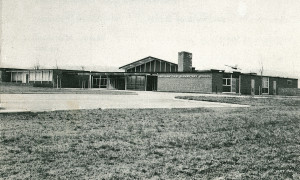 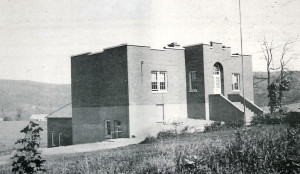 (right) Sabillasville School is pictured. It was built in 1927 with an addition in 1934, and served students through the close of the 1964 school year. 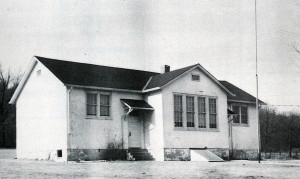 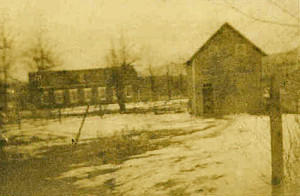 The building pictured far left (now a house on Harbaugh Valley Road) served as Sabillasville School until the next school house was constructed in 1927.