McDonald’s Gets a Make-Over in Emmitsburg and Thurmont

By TheCatoctinBanner.com On August 30, 2018 · Add Comment · In Business News

Have you noticed the renovations and construction that have taken place recently at the Emmitsburg and Thurmont McDonald’s locations? According to Thurmont McDonald’s Manager Rohan Seopaul, the work has been completed in Thurmont and continues in Emmitsburg. The construction included a change to the entire façade of the building, lobby area, bathrooms, and roof at each facility. In meeting ADA requirements, diners lost 25 percent of seating area, but the space is much more accommodating and modern. The dining area features game tables for adults and children. The ordering counter has an express lane for pick-up of in-store orders and internet orders that are placed through an app.

The owner of these McDonald’s locations owns a total of eight stores, including the McDonald’s in Walkersville, Taneytown, and others in the metro area.

A later second phase will address renovations in the kitchen and back of the restaurants. 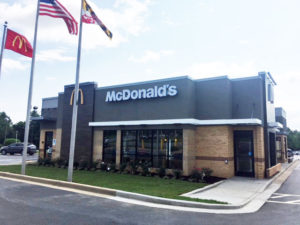 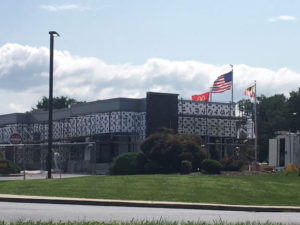