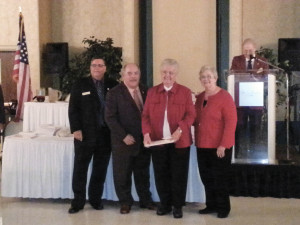 Congratulations to Helen Deluca of Thurmont, who was recently inducted into the Maryland Senior Citizens Hall of Fame. Her volunteer contributions to the Thurmont Senior Center, senior citizens in general, her church, and the community are very deserving of acknowledgement. As a column contributor to The Catoctin Banner newspaper, Helen’s willingness to communicate with readers in regard to senior citizen news has been greatly appreciated. She has a kind heart and consistent purpose. She and her husband, George, have contributed great things to our community over the years.

The 29th Annual Awards Luncheon of the Maryland Senior Citizens Hall of Fame, Inc., was held October 22, 2015, in Glen Burnie, Maryland. Of the forty-eight seniors citizens honored this year, Helen was the only representative from Frederick County. Helen was surprised by members of her family who flew in to celebrate with her.

Helen has lived in northwest Frederick County since the early 1970s. She was part of a concerned neighbors group, formed to preserve the conservation of the area where she lives from encroachment of a proposed ski resort, road closures, and sewage treatment plant on a mountain stream. She is a very active volunteer at her church, Our Lady of Mr. Carmel Catholic Church, in Thurmont. There, she won the 2008 Archdiocesan Medal of Honor Award for Service.

She retired from her position as Head Checker at Giant Food in Rockville in 1972, then became active on the Senior Council with the Town of Thurmont and became a member of the Thurmont Senior Center. At Giant, she received the “Cashier of the Year” award and with it, a trip to Bermuda.

At almost eighty-nine years young, she serves as an advocate for all seniors, through her words and actions. At the Thurmont Senior Center, she was instrumental in helping through the transition from Frederick County governance to an independently managed non-profit center.

We appreciate all of your work, Helen! Life has its “Senior Moments”—this one’s for you. 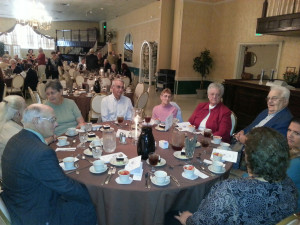