From the Mayor In the Trenches 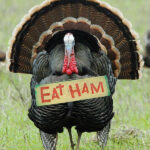 By TheCatoctinBanner.com On October 29, 2020 · Add Comment · In Featured Articles

Thanksgiving Day is a national holiday in the United States that has occurred in some form since a gracious Native American named Squanto helped the pilgrims become viable on this new-to-them continent. According to www.history.com, upon the pilgrims’ arrival to the continent in 1620, Squanto, a member of the Patuxet tribe, taught the pilgrims, weakened by malnutrition and illness, how to cultivate corn, extract sap from maple trees, catch fish in the rivers, and avoid poisonous plants. He also helped the settlers forge an alliance with the Wampanoag, a local tribe, which would endure for more than 50 years, and tragically remains one of the sole examples of harmony between European colonists and Native Americans. “The Plymouth colonists and Wampanoag Indians shared an autumn harvest feast that is acknowledged today as one of the first Thanksgiving celebrations in the colonies.” The turkey wasn’t the sole star of the feast during the early celebrations. In fact, lobster, seal, and swans were on the pilgrims’ menu.

Since 1621, days of Thanksgiving were celebrated by individual colonies and states. In 1789, President George Washington issued the first Thanksgiving proclamation by the national government of the United States; in it, he called upon Americans to express their gratitude for the happy conclusion to the country’s American Revolutionary War and the successful ratification of the U.S. Constitution.

In 1817, New York became the first of several states to officially adopt an annual Thanksgiving holiday. Each state celebrated it on a different day, however, and the American South remained largely unfamiliar with the tradition.

In 1827, Sarah Josepha Hale began a 36-year campaign to establish Thanksgiving as a national holiday, earning her the nickname, “Mother of Thanksgiving.” It wasn’t until 1863, that President Abraham Lincoln heeded her request and proclaimed a national Thanksgiving Day to be held each November to “heal the wounds of the nation.”

The value of Thanksgiving during the Civil War was just what was needed to contribute to unity in a country divided by the horrors of slavery and the brutality of war. Still, we’ve never lived in an America where we all agree on politics, let alone Thanksgiving dinner.

The turkey has long been traditional, yet, at times contentious, as non-fowl options are more appealing to some and other more available staples find their way to the spotlight of the meal. It is fact that here in Frederick County, we didn’t even have turkeys for some time.

Hayden Spalding reported in a 2018 Catoctin Banner article, “Despite the abundance of wild turkeys that currently reside in Maryland, before the late 1960s, turkeys could not be found in Maryland and many other states. Turkeys were native to Maryland until the colonization of North America, throughout which native turkeys were overharvested and decimated. It wasn’t until the late 1960s, when the Maryland Department of Natural Resources (DNR) started a program to revitalize the population of turkeys in Maryland, that turkeys once again spread throughout the state.”

Still, the façade of the turkey tradition remains planted in our minds. Turkey is relatively affordable and can easily accommodate large numbers of people because of the bird’s larger size.

Turkey or no turkey, let us all be reminded that it’s not Turkey Day, it’s Thanksgiving. It’s a time to be grateful for all our blessings. This year, our Thanksgiving holiday will be held on Thursday, November 26, 2020. The glamorously “dressed” turkey, or an agreeable substitute, will grace the holiday table for many. It’s tradition! Be thankful!