Fifty years ago three of Thurmont’s leading citizens figured in two of the most remarkable episodes in town politics. The men were Donald L. Lewis, Roy W. Lookingbill, and Calvin G. Wilhide. 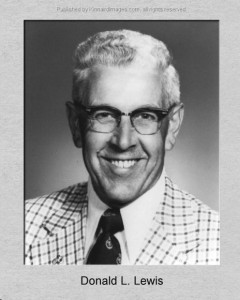 Donald L. Lewis was one of Thurmont’s most-progressive mayors. Although only in office for just over five years, the effects of his tenure are still felt today. Of impressive stature and fitness, he came from a large and prominent Thurmont family. He was a staff sergeant in the Army Rangers during World War II and landed at Omaha Beach on D-Day. In 1956, he opened Lewis’ Confectionery on the square, a widely known general store that sold everything from fountain sodas to fishing rods. Forty years old when first elected mayor in 1959, he embarked on an activist course and worked with political leaders at all levels, and courted anyone with an eye to expand local business. Concerned that unregulated land use had allowed Thurmont to become blemished with such nuisances as dilapidated house trailers, he secured federal grant funding and developed Thurmont’s first planning and zoning ordinance, master plan, and subdivision regulations. He brought the state economic development commission to Thurmont where they touted the local spirit of cooperation and new local opportunities for progress. Surveys were undertaken to evaluate and improve town water and sewer service and establish policies for underground electric in new growth areas. He was in front of the Maryland Department of Forests and Parks advocating for local recreation areas. He opened discussions that eventually led to the Town’s ownership of what is now the 20-acre Thurmont Community Park. Lewis worked with local businessman Victor Leisner and broke ground for Greenfield Estates, a major subdivision on the town’s eastern edge then at Blue Ridge Avenue. The project promised to include the largest sewage and water development ever undertaken and was the first under the town’s new developer’s policy. He appointed the first planning and zoning commission, chaired by his brother Harry “Buck” Lewis, who owned a Sinclair auto service station diagonal from the confectionery. When plans stalled for a new north county high school, Lewis and some Emmitsburg officials headed to the Board of Education, kept the project moving, and within five years Catoctin High School opened. He worked with magistrate M.T. Mathwig to relocate local court from a rented Water Street building to the Town Office. Revision of a new town code was introduced. There seemed to be no end to the energy of mayor Donald Lewis. 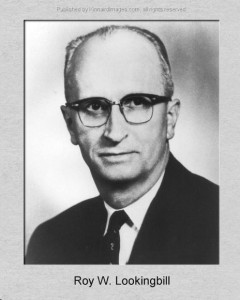 Roy W. Lookingbill owned and operated Lookingbill’s Barber Shop in the first block of East Main Street for 22 years. He had twice won a town commissioner seat and in 1963 ran for mayor against Lewis, but lost. Two years later in April 1965 Lewis was unexpectedly alone on the ballot for mayor and seemed to have an easy path to a fourth term. Although short on time and in uncharted legal territory, Lookingbill launched a write-in candidacy for mayor. To guard against spelling disqualifications, several thousand stickers were printed with his name and distributed across town. Voters were asked to become “sticker lickers for Lookingbill” and were instructed how to affix the stickers onto the ballot and mark an X alongside. A car with loudspeakers slowly drove the town’s streets loudly asking for votes for the mayor’s challenger. Hundreds of orange handbills from the Lookingbill campaign were spread through town that contained a list of allegations against the incumbent, and the town was rife with opinion about the upstart long shot bid. It would be weeks following the election before debate quieted about the accuracy of the handbill, but the vote was in. In an election where 627 votes were cast for mayor, Lookingbill had narrowly won by 19. 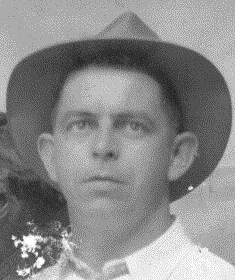 One of Thurmont’s more colorful personalities, Calvin G. Wilhide was the owner of Wilhide Chevrolet-Oldsmobile on Water Street, formerly owned by Fred Redding and started by Edwin Creeger over 40 years before. Wilhide also owned the Texas Lunch on West Main Street, operated an amusement machine business, owned and raced prize horses at Shenandoah Downs, and also had a trucking business and garage on Carroll Street Extended that included his Thurmont Star rural mail route. Known by many as Pud (pronounced like the first syllable of “pudding”), he had run for mayor in 1959 and 1961 but lost both times to Lewis. He won a town commissioner seat in 1964. On the town board he was especially critical of the town’s new zoning policies, which he declared were ruinous to business. He was again nominated to oppose Lewis in 1965 but surprised many when he declined, setting the stage for Lookingbill’s successful bid. With a year to go as commissioner, Wilhide settled in with the new mayor and board. Then came a situation that eclipsed April’s upset election in local lore.

Carroll E. Kinsey was a local developer. Among his real estate holdings was a brick building that is now the Thurmont Senior Citizens Center on East Main Street. It was in a town zoning district that allowed commercial uses. In the fall of 1965 Kinsey leased half the building to the Board of Education to hold 60 students from the overcrowded Thurmont Elementary School across the street. The other half he leased to a business called Shankle Body Works. Only thin sheets of drywall separated two grade-school classrooms from the noisy riveting, hammering, and welding operations of the truck trailer assembly plant. Amid the racket, classroom instruction was impossible. Thurmont zoning inspector Austin Bruchey stepped in and declared that the operations of the body shop were industrial rather than commercial, and therefore not allowed under the zoning policies. He ordered it shut down. To relieved parents and a grateful board of education, if ever there was a reason to have zoning policies, this was it. To Calvin Wilhide, the snuffed business proved if ever there was a reason not to have zoning policies, this was it. At the next town meeting on October 11, 1965, Wilhide sought to reverse the ruling. After a bitter and contentious meeting, the board refused to override their zoning inspector. Wilhide quit. Within days he reconsidered, and said he would return if allowed. At first, the board said no, but after being lobbied by some civic leaders, new mayor Lookingbill scheduled a meeting for October 21 to further discuss the matter. Controversy again swirled and for the second time that year, the town was consumed with opinion about the latest political drama.

On the evening of October 20 in his office at his car dealership with his son and Kinsey, Calvin Wilhide was stricken with a heart attack. He was dead at the age of 51.

A little over a year later on the first of December 1966, following a normal day at his barber shop, mayor Roy Lookingbill suffered a heart attack and died at his home. He was 57. Former mayor and commissioner C. Ray Weddle again took the helm, and during his long service to Thurmont was elected mayor ten times.

In 1970 Donald Lewis was elected to the Frederick County Board of Commissioners and was named vice president. He served two terms. Today he has been with us longer than any former Thurmont mayor or county commissioner, still sharp at 96.