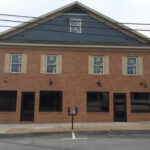 Brooks Behavioral Health has started taking appointments for individual, group, and family therapy sessions to address addiction problems. The office is located at 31B Water Street in Thurmont, and is one of two offices that Clinical Director David Brooks maintains in the county.

While working in his Frederick office, David Brooks realized that many of his patients were coming from the north end of Frederick County.

“Because of the type of treatment I provide, I was overwhelmed by the need in the north end of the county,” Brooks said. “I also saw that many of them had transportation issues with coming to see me.”

He also realized that part of the need for treatment in this area is because U.S. 15 is becoming more popular as a route used to transport drugs.

After speaking with the Thurmont Addiction Commission, Brooks decided that the need in the region was great enough that he should open an office to make it easier for people in the Thurmont and Emmitsburg area to get treatment.

Brooks is a criminogenics specialist, which looks at the behaviors of addiction rather than look at it as a disease.

“It is a disease, but we’re not treating it that way as a model,” explained Brooks.

The goal is to look at the ways that addictions manifest, such as lying, not trusting anyone, and being oppositional. Those things are identified and then addressed.

“Once that changes, and they understand where the behaviors come from, they start not wanting to do all of those negative behaviors,” said Brooks.

Brooks stated that the program has been working “phenomenally.” He has seen more than 500 people since he opened his Frederick office. In that time, he has only experienced three deaths among his clients and two of those were within the first week of treatment before much could be done.