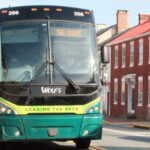 The Mount defeated Bryant University March 9 in a close game to grab its sixth Northeast Conference (NEC) Championship. The now-reigning NEC Champions have proven that this program has come a long way since major personnel changes were made back in 2018.

Two seasons ago when head coach Dan Engelstad took over a struggling program, there were a lot of questions for a young coach on how long things might take to get going.

Engelstad’s lineup was the youngest in the nation, entirely made up of underclassmen. That young coach grew with his young team, and now the Mount is a threatening squad for any Division I opponent, and they have continued to prove that throughout this season.

The Mount’s NEC title secured their bid to compete in the NCAA Tournament, where they battled Texas Southern University in a play-in game to compete against tournament No. 1 seed, University of Michigan.

With March Madness, crazy upsets, wild finishes, and unforeseeable dramatics are almost expected. To maintain consistency among the top teams in the country is no easy feat.

Mount St. Mary’s just missed out on the opportunity to take a run at the National Title, falling to Texas Southern in a razor-close finish, 52-60.

The game capped off an abridged, disjointed year where cancellations and postponed games became the norm. Battling through all of the quarantines and difficulties that poses for practices, the Mount still had a lot of positives to take away from this season.

This was the Mount’s sixth appearance in the NCAA tournament, and the first under Engelstad.

Winning the NEC Championship alone makes this season a historic one for Mount St. Mary’s basketball, as they captured their sixth Championship.

Emmitsburg got to briefly celebrate with the Mount on the team’s way home from the NEC Championship game, escorted by Vigilant Hose Co. fire trucks and cheering fans.

The season may have ended earlier than the team would have liked, but there’s plenty to look forward to for next season. The team has just one senior, giving Mount basketball fans high hopes for another NEC Championship run come next season.

This season for Mount St. Mary’s women’s basketball has been one for the ages.

The championship win over Wagner was particularly sweet, absolutely dismantling a team who had defeated them twice the week prior.

Mount St. Mary’s 70-38 victory over Wagner was the largest margin of victory in an NEC Championship game since 2013, proving that the Mount has put in the work over an arduous 2020-21 season.

It doesn’t stop there for Mount St. Mary’s, though. This NEC Title is a special one, as it clinches the team’s first ticket to the NCAA Tournament in 26 years.

The team’s last run at a national title was back in 1995, when they took on Alabama, falling in the first round.

A win this postseason would have been a university first. The team faced stiff competition in an intrastate, best-of-the-best game against tournament No. 2 seed University of Maryland.

Mount St. Mary’s fell 45-98 in the first round, but it’s been a season to remember. The team has seized its opportunity for NEC glory in 2021, following last season’s NEC Semifinals cancellation due to COVID-19.

Both Mount squads enter next season as defending NEC Champs for the first time since 1995.